Music at the URC Church Whitehaven 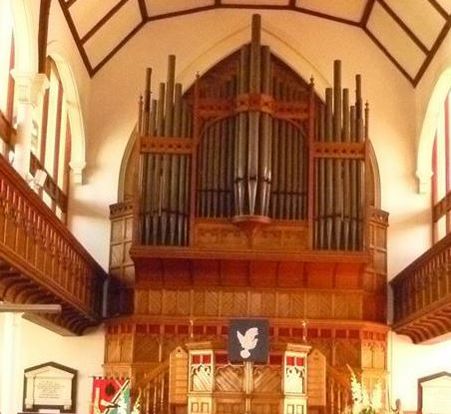 The organ was was built by Harrison & Harrison in 1906 two years after the magnificent St Nicholas Instrument. The design team was made up of Arthur Harrison, the Edinburgh based organist/composer Alfred Hollins, and St Bees-based Lt Col George Dixon.

The outstanding feature of the organ is the quality of the voicing; described by leading organ builders and performers as having "Every stop on it voiced to perfection" ...."a Rolls Royce". , There are in the organ archive letters from the magnificent and much missed Professor David Sanger describing the Instrument as a Rolls and one of the finest Instruments he had played.

From the 18 stops it is possible to play a wealth of music spanning the centuries. Each registration  chosen tells a story of the mastermind of Dixon and Hollins. It is possible to accompany a nave full of people on no more than the swell Geigens with the Swell Octave, a feature not often found on Harrison Instruments, likely an influence of Hollins. The full swell is shear magnificence, the "horn" stop, actually a blazing trumpet and in typical Dixon style, not lacking in any aspect adding to the dark chocolate roar - move onto full organ and the sound is that of a miniature Cathedral Organ - of the highest quality.

Historically the Instrument was always considered to be a fine instrument; its is positive the shear quality of the instrument is now starting to be experienced by a wider range of performers; who all confirm the same opinion - a supreme Cathedral sound from only 18 stops. ​